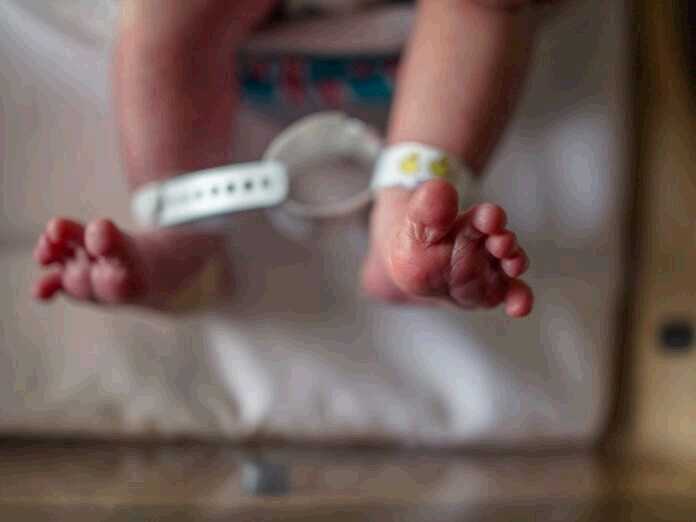 As its name suggests, birth-acquired herpes affects newborns. The cause of this condition is the herpes simplex virus (HSV) that an infant may contract it while in the womb or during birth. However, this is a rare condition that affects about 0.03 percent of newborns.

How Do Babies Contract HSV?

There are two ways how babies can contract the herpes simplex virus. In most cases, they’ll contract it during delivery, as they pass through the birth canal. The risk is higher if the mother has an active infection at the time of birth. Sometimes babies can also get it while still in the womb, although that is very rare.

What Are the Symptoms?

The first symptoms of birth-acquired herpes usually appear during their first week. They include a skin rash of water-filled blisters on their body or around their eyes. The blisters are similar to those that appear in adults who suffer from simplex 2 herpes.

As the baby advances through its second week, the symptoms may worsen. The virus will most often attack one or more of the baby’s vital organs like kidneys and liver. It may attack the lungs, too, causing interrupted breathing. In some severe cases, HSV may even cause brain inflammation. If the condition progresses, it can result in permanent brain damage and spinal problems.

What Are the Treatment Options?

There is no cure for birth-acquired herpes. Still, some treatments can ease the symptoms and reduce the baby’s sense of pain. Doctors will use the same antiviral drugs they use to treat herpes in adults in the form of an IV solution.

The symptoms will usually go away within a few weeks. But even after they do, the virus will remain in your baby’s system. As such, it can reactivate later on and cause further complications.

The herpes simplex virus that causes birth-acquired herpes is transmitted through sex. It is thus important that you use protection during intercourse. If you’ve ever had a herpes infection, you should tell your doctor as soon as you become pregnant. They will run tests to determine if medication can help reduce your baby’s risk of contracting the virus.

If you notice any symptoms of the disease in your baby, take them to the doctor right away. Starting treatment early may allow for faster recovery and could prevent more severe symptoms.