Home Precautions & Preventions Can You Spread the Flu Just by Breathing? 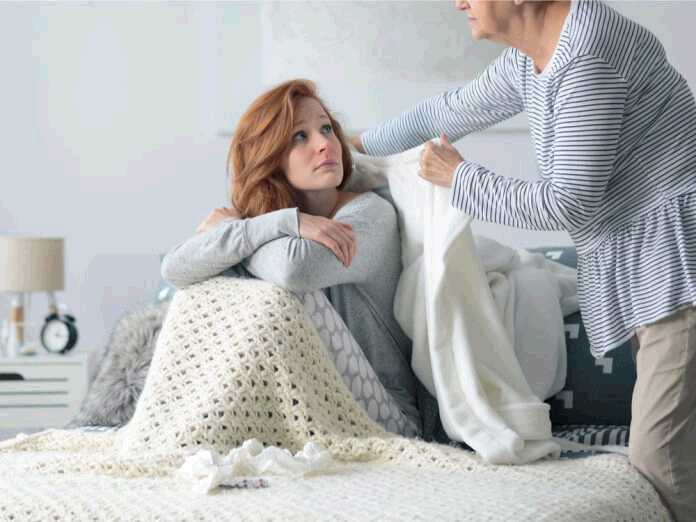 You have the flu. So, you wash your hands repeatedly. Make sure to cough or sneeze into a tissue and promptly throw it away. That’s enough to not spread it, right? According to new studies, you can spread the flu just by breathing.

Influenza is a viral infection that resides in your respiratory system. Generally, you know that you can spread it by coughing or sneezing around other people. But, a new study shows that the virus lives in the air you breathe.

So, breathing in and out expels the virus into the air around you like an influenza cloud. Researchers note that you don’t need to cough or sneeze to infect the air. Furthermore, the data shows that the infection is only indicative of a lung infection. Upper and lower respiratory infections were independent from this aerosol effect into the air.

One of the best things you can do if you think you are coming down with something is quarantine yourself at home. You are contagious a day or so before symptoms start to appear. Unfortunately, just when you think it’s over, you are still contagious up to a week after you are sick.

Furthermore, as mentioned previously, you can still catch and pass on the flu by talking and breathing near someone else. The CDC estimates infection can spread up to 6 feet away from an infected person to others. So, it’s essential to stay home if you are sick or if others around you are sick to stay away from them.

Also, practice universal precautions like washing your hands often and wiping down surfaces you think may be contaminated. You may not be able to prevent getting the flu, but you can at least control how much you infect others.

While staying at least 6 feet away from everyone during flu season is not an optimal solution, there are other options you can take. If people spread the flu just by breathing, you can try wearing a face mask when out in crowds. And, remember to wash your hands often.