Home Precautions & Preventions The 3 Most Common Causes of Food Poisoning 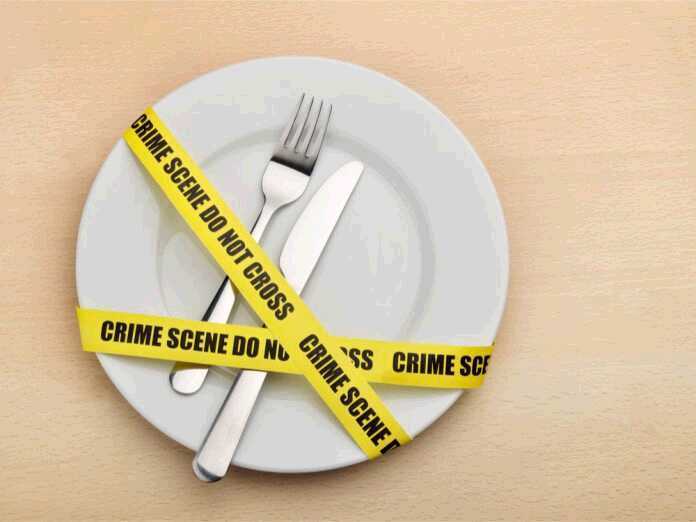 When food becomes contaminated or spoiled, it can lead to food poisoning. According to the CDC, 48 million people get sick of food poisoning every year. Three thousand of them die.

But what are the top symptoms and cause of food poisoning?

Food poisoning frequently comes with painful cramps, nausea, vomiting, and diarrhea. Sometimes it can pass without treatment, but more severe cases require hospitalization. If you have a high fever or any sign of dehydration after food poisoning, seek out medical help at once.

Food poisoning can come from parasites, bacteria or viruses.

Food can get contaminated by parasites in various ways. This kind of food poisoning doesn’t always manifest right away. After all, some parasites live and grow in the intestines for years.

Toxoplasmosis is a well-known example of food poisoning that comes from a parasite. You can contract it from badly cooked meat. Pregnant women and the elderly are at the highest risk.

Various species of bacteria are the most prevalent causes of food poisoning. Listeria and E. coli are particularly widespread.

There are also bacteria that can cause lethal food poisoning. Botulism is one well-known example of this kind of food contamination.

But salmonella is the top cause of food poisoning in the US. You can contract this infection by eating raw fruit and vegetables or undercooked meat and eggs. Salmonella infections can easily lead to hospitalization.

Hepatitis A and norovirus are both extremely dangerous viruses. You can contract them food that was prepared in unsanitary conditions. Norovirus infections can even be lethal.

3 Types of Pink Eye and Their Causes

How to Use Lysine to Treat Cold Sores

4 Things You Should Know About HPV Vaccines