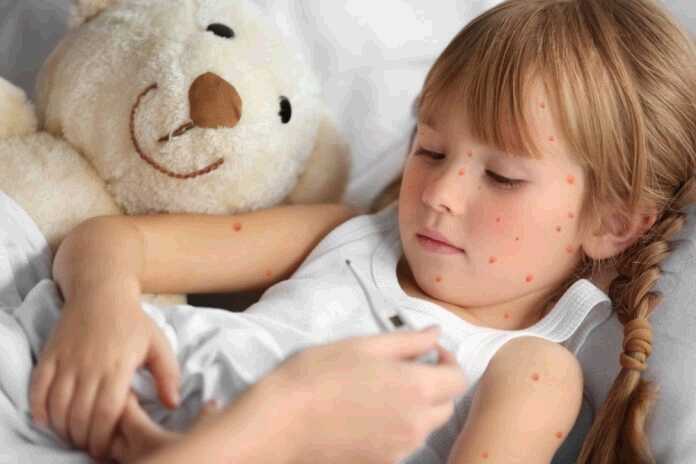 Chickenpox is an infection caused by the varicella-zoster virus. The highly contagious condition mostly affects kids but can also hit adults. It manifests as itchy skin rashes with red blisters. The symptoms appear within a week to three weeks after coming into contact with an infected person.

But before getting to the symptoms, let’s look at some statistics.

The signs and symptoms vary from one person to another. Once infected, you start to feel unwell followed by these signs:

In a span of one or two days, the papules start to appear on the skin. They develop in several stages. First, you get itchy bumps which could be red or pink. The papules spread all over the body. In severe cases, they can occur in the eyes, mouth, and anus or around the genitals.

Over the next few days, the papules fill with clear liquid taking the form of blisters. At this stage, they become vesicles. They last a day or two before they start to burst and leak.

Finally, the open wounds resulting from the bursting vesicles turn to scabs. During the healing process, you could experience the bumps, blisters, and scabs at the same time. This is because new pimples form as the vesicles burst, therefore, suffering all forms at once.

Most cases of chickenpox are mild and heal faster without topical treatment. However, if you experience these signs, you should consult your doctor immediately:

Chickenpox can affect both children and adults. It presents as a mild infection with bearable symptoms once infected. In a few days after infection, the condition can clear on its own. However, more severe cases may present serious symptoms which require prompt preventive measures and timely treatment.