Home Precautions & Preventions Can Putting Onions in Your Socks Help You Fight the Flu? 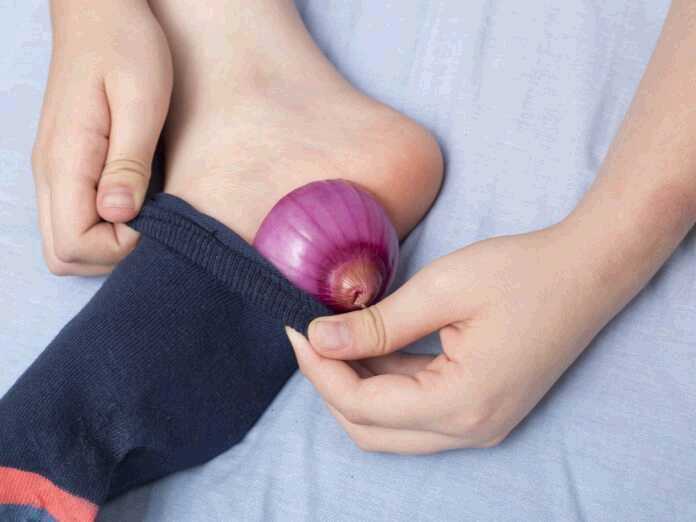 As difficult as it may be to believe, there is history to back up this belief. This folk remedy may date back to the 1500s. This was around the same time that people thought putting cut-up, raw onion around your house protected you from getting the bubonic plague.

During that time, people thought that illnesses spread by poisonous, infected air. Since onions release a pungent odor, people believed that putting them on your feet allowed the onion compounds to get into the body. After it entered the body, it could then kill all the bacteria and viruses and purify the blood.

Onions placed on the foot may also reference to Chinese reflexology. This form of therapy has been used for thousands of years in Eastern medicine. The main belief is that the bottom of the feet acts as energy access points to the internal organs.

Unfortunately, there is no evidence that supports putting onions in your socks as a flu remedy. There is also no evidence that refutes this claim either. Generally, the research community has ignored this question and there is no data to draw from. The only evidence you will find on the internet are personal claims and anecdotes.

So, can putting onions in your socks help fight the flu? While it certainly can’t harm you further, it won’t help you either. The only thing it will earn you is smelly socks and feet in the morning. In reality, you can’t cheat the steps to get better. So, drink your fluids, get plenty of rest, and keep your onions in the kitchen.

Why Are HPV Vaccination Rates Lower for Boys?

Can Viruses Cause Chronic Fatigue Syndrome